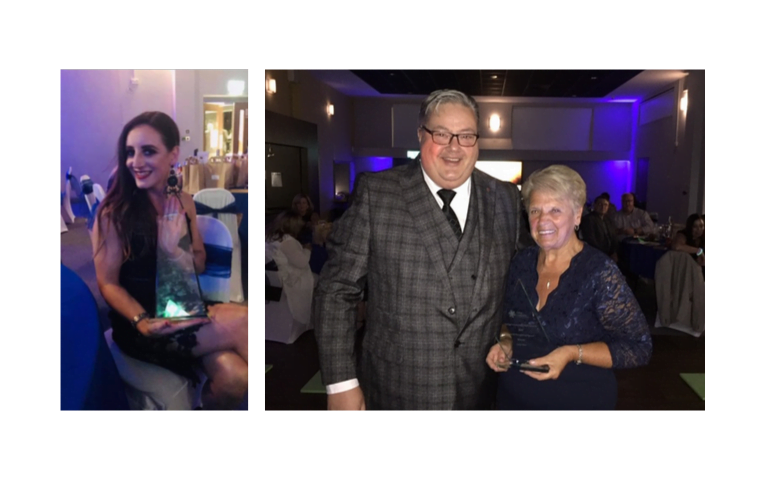 Caring Connections celebrated its Annual Care Awards on Saturday night. These awards were to celebrate front line home care worker achievements over the past year. The event was held in Everton’s Blue base venue and consisted of entertainment and interactive games alongside awards ceremony.

The nights headline award was Carer of the Year which was awarded to Katy Turner who demonstrated excellence throughout the year in her work as a care support worker and was commended by both staff and service users. Alongside this award was the Special recognition award which was awarded to Carol Rice who has provided care at Caring Connections for over 21 years. Carole stated ‘I love my job and I don’t do it for plaudits but this really has been the cherry on top. I am over the moon with this award’.

As a charity Caring Connections is coming up to its 30th year in supporting Merseyside residents through care and support services.

Paul Growney of Caring Connections ‘As a charity we make sure we really value our staff and continually thank them for the fantastic work they provide. Care workers are often really undervalued and overlooked but society would be in chaos without them. I think it’s about time as a country we start paying more respect to this vital profession’

Other winners on the night included:
Karen Evans: Making A difference Award
Laura Mccluskie / Christina Keiller: Above and Beyond Award
John Finnegan: The Johnpaul Award